Mount de Chantal Academy was originally founded in 1848 by Richard V. Whelan and in1865 they moved from their downtown Wheeling Eoff street location to what was just recently demolished.  Although it was a challenge to construct their new campus during and after the Civil War - a peaceful educational campus was created 2 miles away from the hustle and bustle of Wheeling.  To learn more about the complete history of the Mount, view or download The Mount de Chantal Centenary book.  For 160 years the school "provided an outstanding education for girls," but in the Spring of 2008 the school announced that it was closing.  Saddened by the loss of such a historic institution, residents of Ohio County and Mount de Chantal alumni started various efforts and campaigns to save and preserve the historic campus.  In the fall of 2009 Mount de Chantal opened its doors for one weekend and selected rooms were open for tours.  At a later date alumni were invited back for a reunion and one more walk through the halls they once roamed. In the Spring of 2010 items from the Mount were inventoried and cataloged for an upcoming auction to rid the building of its contents.  The first auction occurred on a drizzly overcast Saturday in June of 2010.  Tents were set up on the front lawn of the campus and historic artifacts and antiques from the Mount were auctioned off.  Probably one of the more unique items auctioned was a 6 1/2 feet long Wheeling made Hobbs and Brockuiner Chandelier that was purchased by the Corning Glass Musuem of New York, and a smaller version of the same chandelier that was purchased by Independence Hall in Wheeling.  After Independence Hall's purchase they installed the chandelier in the Wheeling Room.  A second auction was held on a sweltering July Saturday.  Items were lined throughout the main buildings basement and the gymnasium.  With the Mounts contents gone - the building lost a major part of its life. Throughout 2011 campaigns were still active throughout the Ohio Valley to save the Mount, but quietly other plans were being carried out.  View one of those campaigns at savethemount.com. In August of 2011 Wheeling Hospital purchased the property for an unknown amount.  Shortly afterwards workers could be seen dismantling architectural salvage from the buildings and in November demolition began. All that remains is the nun's dormitory that was built sometime in the 1980's, the gymnasium, and a cemetery.  Below are links about Mount de Chantal since its closing.

Posted by The Fort Henry Gazette at 2:38 PM 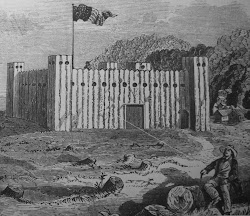 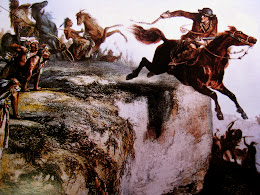